looking for your pears, diamonds and your oil 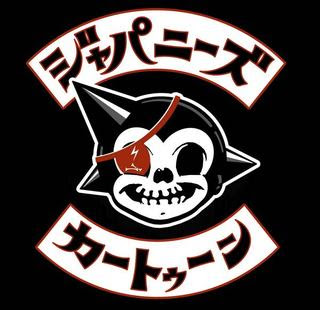 The time has come....
The first official music video for Lupe Fiasco's....I mean Percival Facts...I mean Japanese Cartoon has been posted. For those who are little behind, let me explain Lupe Fiasco's newest project. Conscious hip-hop artist Lupe Fiasco, has created about 7 songs under the alias Japanese Cartoon, which is a British lo-fi indie group with has a singer named Percival Facts...not Lupe Fiasco. Yep, Lupe is denying any involvement with the group, however the group is on Lupe Fiasco's record label 1st & 15th. Based on the myspace page its clear that Japanese Cartoon is inspired by several indie groups like Joy Division, Radiohead and Kenna, whose influence resonates in all of the songs. So why would Lupe deny involvement in a great up-and-coming post-punk group, well maybe because this is occurring at the same time when other rappers like Kanye and Lil Wayne are becoming singers (or "rockers" smh) and he doesn't want to lumped with them. However, I personally believe that the Japanese Cartoon project is so good that it can become prosperous without Lupe attaching his name to the group....so let the lie ride out. Japanese also has its own fanclub, a twitter page, and t-shirts that were made on Lupe Fiasco's clothing company Trill & Truly. 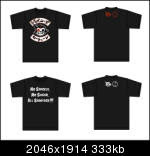 Kanye even responded to the video on his blog
SOUTH PARK MURDERED ME LAST NIGHT AND IT'S PRETTY FUNNY. IT HURTS MY FEELINGS BUT WHAT CAN YOU EXPECT FROM SOUTH PARK! I ACTUALLY HAVE BEEN WORKING ON MY EGO THOUGH. HAVING THE CRAZY EGO IS PLAYED OUT AT THIS POINT IN MY LIFE AND CAREER. I USE TO USE IT TO BUILD UP MY ESTEEM WHEN NOBODY BELIEVED IN ME. NOW THAT PEOPLE DO BELIEVE AND SUPPORT MY MUSIC AND PRODUCTS THE BEST RESPONSE IS THANK YOU INSTEAD OF "I TOLD YOU SO!!!" IT'S COOL TO TALK SHIT WHEN YOU'RE RAPPING BUT NOT IN REAL LIFE. WHEN YOU MEET LITTLE WAYNE IN PERSON HE'S THE NICEST GUY FOR EXAMPLE. I JUST WANNA BE A DOPER PERSON WHICH STARTS WITH ME NOT ALWAYS TELLING PEOPLE HOW DOPE I THINK I AM. I NEED TO JUST GET PAST MYSELF. DROP THE BRAVADO AND JUST MAKE DOPE PRODUCT. EVERYTHING IS NOT THAT SERIOUS. AS LONG AS PEOPLE THINK I ACT LIKE A BITCH THIS TYPE OF SHIT WILL HAPPEN TO ME. I GOT A LONG ROAD AHEAD OF ME TO MAKE PEOPLE BELIEVE I'M NOT ACTUALLY A HUGE DOUCHE BUT I'M UP FOR THE CHALLENGE. I'M SURE THE WRITERS AT SOUTH PARK ARE REALLY NICE PEOPLE IN REAL LIFE. THANKS FOR TAKING THE TIME TO DRAW MY CREW. THAT WAS PRETTY FUNNY ALSO!! I'M SURE THERE'S GRAMMATICAL ERRORS IN THIS... THAT'S HOW YOU KNOW IT'S ME!
Melknee the RnR Ninja
at 2:32 PM